LSC’s Leadership Council brings together leaders from the legal profession, business, academia, human services, and other fields. Council members serve as ambassadors for LSC, working in concert and contributing their knowledge and expertise to provide strategic advice in support of our mission. Our Leadership Council engages with the LSC community, builds connections with like-minded leaders, and contributes to our effort to pursue justice for vulnerable community members while training and inspiring the next generation of publicly minded lawyers. 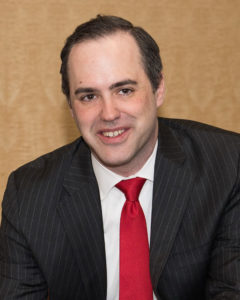 Louis Tompros is a first-chair trial and appellate lawyer at WilmerHale, where he focuses on intellectual property litigation, and he teaches the Patent Trial Advocacy course at Harvard Law School.  He has handled the most challenging copyright, trademark, and patent cases for high profile clients in technology, entertainment, and manufacturing.  He also maintains an active pro bono practice, including leading the copyright enforcement efforts to reclaim the famous “Pepe the Frog” comic book character from alt-right entities and hate groups.  In one of his early significant pro bono cases, Louis represented a group of gay and lesbian service members challenging the constitutionality of the military’s “Don’t Ask, Don’t Tell” policy, in association with the Servicemembers Legal Defense Network.  Louis serves as the chair of the Equal Justice Coalition of Massachusetts, a collaboration between the Massachusetts Bar Association, Boston Bar Association, and Massachusetts Legal Assistance Corporation committed to ensuring access to civil legal aid for low-income residents of Massachusetts.  He is a graduate of Yale University and Harvard Law School. 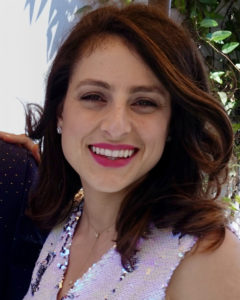 Originally from San Juan, Puerto Rico, Kathleen Borschow is the proud granddaughter and great granddaughter of brave and idealistic individuals who fled anti-antisemitic oppression in the Soviet Union and Imperial Russia and sought refuge in the U.S. Following her graduation from Yale College in 2010, Kathleen taught English in Madrid, Spain as a Fulbright Scholar before enrolling at Harvard Law School. In her academic, extracurricular, and practical pursuits at HLS, Kathleen maintained a strong commitment to serving the public interest, including as a student attorney with LSC’s Veterans Legal Clinic. Upon her graduation in 2015, Kathleen joined the Honors Attorney Program at the U.S. Department of Labor, where she practiced at the trial and appellate levels, drafted regulations and policies, and provided client advice enforcing and promoting worker protections across DOL’s broad jurisdiction. Kathleen’s commitment to public service next brought her to the U.S. Senate, where she has worked since 2019 in the Oversight and General Counsel’s Office of Ranking Member Patty Murray on the Health, Education, Labor, and Pensions Committee. Kathleen’s family remains in Puerto Rico, where they are actively engaged in significant civic, philanthropic, and entrepreneurial activities. 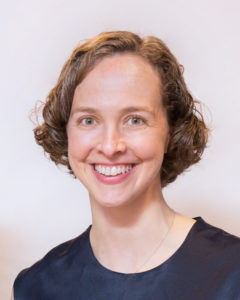 Alexandra DeLaite is the Chief Financial Officer of Affera, a medical technology company developing solutions for the treatment of cardiac arrhythmia. Alex has prior experience as a hedge fund and private equity investor, including at Convexity Capital Management, Thomas H. Lee Partners, and AEA Investors.

Alex is a Trustee of Partners In Health and The Learning Project. She earned an AB from Harvard College and an MBA from the Stanford Graduate School of Business. 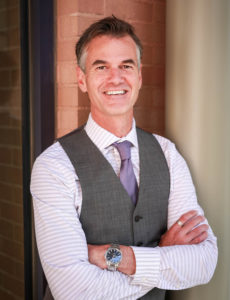 Christopher Ford is an attorney at the Boulder firm Hutchinson Black and Cook and a graduate of Harvard Law School. As a second-year law student at HLS, Chris worked in the family law unit at the Legal Services Center. At that time, Professor Gary Bellow was his classroom instructor and Veronica Serrato was his clinical supervisor. Chris based his third-year paper regarding the rights of primary custodial parents to relocate—which was subsequently published in the Columbia Journal of Gender and Law—on his case work in the clinic. Following his graduation from law school, Chris clerked for the Honorable Mary Mullarkey, the Chief Justice of the Colorado Supreme Court.

Over the course of his career, Chris has handled cases involving complex commercial matters, serious personal injuries, and civil rights. His practice has included litigating cases in numerous state courts throughout Colorado and the federal District Court of Colorado. He has also arbitrated complex commercial cases through the American Arbitration Association, and regularly teaches for the National Institute of Trial Advocacy. For six years, Chris was a trustee of the Legal Aid Foundation of Colorado, which raises money for civil legal services for low-income people. He later became Chairperson of the Foundation and has co-chaired the local Boulder campaign for the Foundation.

Outside of work, Chris enjoys spending time with his sons and running on Boulder’s trails. He has run several full and half marathons, including in London and Berlin. 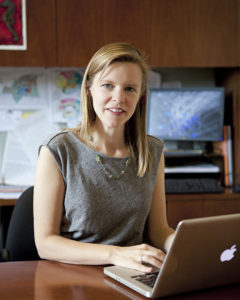 Elizabeth  A. Kensinger is Chairperson and Professor of Psychology at Boston College.  She received her undergraduate degree in Psychology and Biology from Harvard University and her Ph.D. in Neuroscience from the Massachusetts Institute of Technology.  She joined the faculty of Boston College in 2006. Her research examines how the emotional content of information affects the processes that adults use to remember information. She has collaborated with the Boston College Innocence Project Clinic, leading seminars on the fallibility of human memory.  She was a Searle Scholar and recipient of awards from societies including the Cognitive Neuroscience Society and the Association for Psychological Science; her current research is supported by the National Institutes of Health and the National Science Foundation. 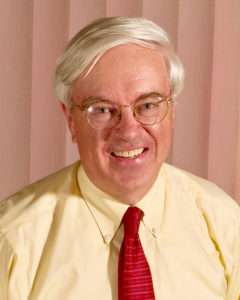 Jack is a Senior Fellow at the Legal Services Center, working in its Veterans Legal Clinic. He is a retired partner in the Boston office of WilmerHale’s Litigation Department, where he was a member of its Intellectual Property Litigation and Business Trial Practice Groups. Jack served for many years as Co-chair of WilmerHale’s Pro Bono Committee, and had an active pro bono practice, including extensive work in Haiti, the representation of veterans, and counseling nonprofits in many sectors.

Jack is a former President of the Boston Bar Association, serves on boards of international humanitarian relief and inner city education nonprofits, and is a trustee of the Lynch Foundation, a major charitable grant maker.

Jack is a graduate of the University of Notre Dame and New York University School of Law, where he was a Root-Tilden Scholar. Jack served as a lieutenant in the U.S. Navy on a frigate. 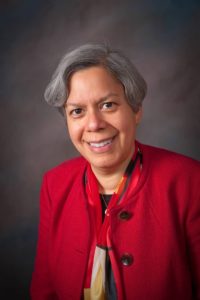 Veronica Serrato served as the founding Executive Director at Project Citizenship, a nonprofit organization working to increase the naturalization rates for legal permanent residents in New England, until July 2020. Over the past five years, Project Citizenship has been responsible for the naturalization of more than 7,600 permanent residents. Serrato has a long history in legal services, which includes her position as Senior Staff Attorney at the Volunteer Lawyers Project, where she was responsible for family and guardianship law; as a clinical instructor and later specialist consultant on domestic violence cases at the WilmerHale Legal Services Center of Harvard Law School; and as an attorney handling domestic violence issues at Casa Myrna Vazquez. Serrato also worked previously as an Assistant District Attorney in Middlesex County. Serrato clerked for Chief Justice Hennessey at the Supreme Judicial Court of Massachusetts. She graduated from Boston University School of Law with a JD, cum laude, in 1988 and later taught legal writing, research, and oral advocacy at BU Law for seven years. At Harvard University, she completed her AB in government. Veronica is the recipient of the 2013 Massachusetts Lawyers Weekly Top Women in Law Award, the 2015 Boston University School of Law Public Interest Attorney Award and the 2016 Boston University School of Law Victor G. Garo Public Service Award. She is the 2017 Silver Shingle award from the Boston University School of Law for Service to the Community. She received the Ohtli Award in 2018 from the Mexican government for her service to Mexican citizens. 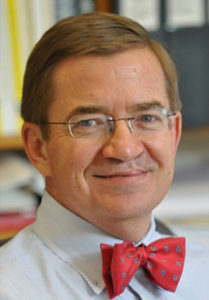 Stephen E. Shay is a tax lawyer and researcher specializing in international taxation. Mr. Shay lectures at law schools in the United States and at graduate law programs outside the United States, consults for international organizations and private parties and has testified as an expert before judicial and arbitral tribunals on behalf of governments and private parties.

Mr. Shay joined the Harvard Law School faculty as a Professor of Practice in 2011. He transitioned to Senior Lecturer in 2016 and Lecturer for 2019-20.  Mr. Shay is a lecturer at Boston College Law School and has been a Lecturer at Yale Law School, University of Oxford (United Kingdom) and the Leiden International Tax Institute (The Netherlands).  Mr. Shay was the IBFD Professor in Residence for 2015. 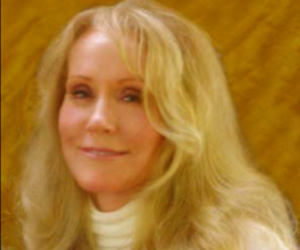 Mary Green Swig is a co-founder of Freedom To Prosper – a national organization formed to achieve full cancellation of student debt.  She was Founder and CEO of Mary Green, an international design firm – receiving many national and international design and leadership awards. She was co-author of “How to be an Importer and Pay for Your World Travel,” which was, for many years, the leading authority on beginning importing.  She is the recipient of the Retinitis Pigmentosa Foundation Vision Award – Leadership, and the Leading Women Entrepreneur of the World Award.  She sits on the board of SELF – the Solar Electric Light Fund and the American For Cures Foundation.  She is also a member of the Women’s Leadership Board in Harvard University’s Kennedy School.  She was a Fellow in 2014 and a in 2015 in the Advanced Leadership Initiative at Harvard University. 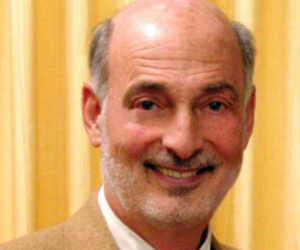 Steven Swig is a co-founder of Freedom to Prosper, an organization devoted to full cancellation of student debt.  The activities of the organization stemmed from his work at the Advanced Leadership Initiative at Harvard University, where he was a fellow and senior fellow in 2014 and 2015.  He is a Co-Founder and President Emeritus of Presidio Graduate School, which gives an MBA in Sustainable Management, and has practiced law for many years, specializing first in Complex Antitrust Litigation and then in Real Estate and General Corporate transactions.  He is currently Chair of the Boards of Solar Electric Light Fund and Americans For Cures (Stem Cells), and is Vice Chair of the Board of the American Conservatory Theater.  He is also Trustee Emeritus of Presidio Graduate School.