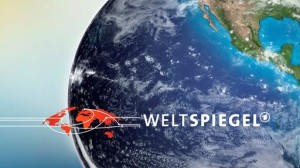 The Project on Predatory Student Lending was recently featured on Welstpiegel (“World Mirror”), the Sunday evening newsmagazine of ARD Television, the largest national public broadcaster in Germany.  The segment (video) features the Project’s clinical students holding a meeting at LSC, as well as an interview with Toby Merrill, the Project’s director. The segment begins with footage recorded outside of LSC’s building at 2:14. A transcript of the story is also available (in German).