As taxpayers file their federal and state income taxes for 2017, many are wondering what effects the federal Tax Cuts and Job Acts (TCJA) passed by Congress in December will have on what they will owe when they file returns for 2018.  For low-income taxpayers, particularly those with children aged 17-23, those whose children do not have a social security number or who depend on public housing, and anyone who gambles, the questions are especially acute.

According to Keith Fogg, the Faculty Director of the Federal Tax Clinic at the WilmerHale Legal Services Center of Harvard Law School, some of the federal changes under TCJA are not going to be “helpful at all” to low-income individuals.  In late January, Fogg was one of 15 experts selected to testify before the Massachusetts House and Senate Joint Committee on Revenue regarding the impacts of TCJA on low-income taxpayers.

Massachusetts does not automatically adopt the federal government’s tax code to determine state income tax rules, but rather picks and chooses which statutes it will apply at a state level. As a result, testimony by Fogg and his colleagues will be particularly crucial as state officials examine whether and how to adjust state tax codes in response to the federal tax overhaul.

Overall, the tax cuts enacted under the federal bill may hardly be noticeable – the final draft of TCJA settled on an after-tax income cut of 0.4 percent for households making under $25,000 per year.  That comes out to about $60, on average, acco 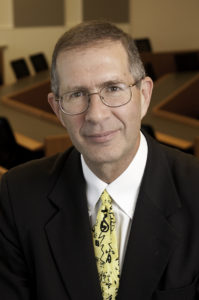 Those in the top 1 percent of earners – that is, those who are making more than $3.4 million per year — will see much a larger dollar tax benefit, and as a percentage of their earnings it will be nearly three times as large as the low-wage earners.  The average household in this tax bracket will see cuts amounting to $51,000.  However, that number is significantly lower than the $175,000 proposed in the earliest version of the bill, according to the Urban-Brookings Tax Policy Center.

Although the income tax cuts may go unnoticed, particularly by the lowest wage earners, there are other ways in which TCJA could directly and adversely affect the lives of low-income taxpayers.

One of the changes about which Fogg is most concerned is the removal of the dependency exemption and the subsequent expansion of the child tax credit.

Prior to the passage of TCJA, parents could claim a dependency exemption of up to $4,150 for each child they were supporting financially.  The effect of that exemption was simply to reduce taxable income, so parents would pay less in taxes.

However, under TCJA, the dependency exemption is gone, as part of an effort to simplify the tax code.

Consequently, to ‘make up’ for the loss of the dependency exemption, the child tax credit was increased from $1000 to $2000 under TCJA, and the level at which an individual or dual wage earners could qualify was increased.

The expansion in itself does not pose any problems for low-income families.

“Where it fails,” explains Fogg, “is when children do not qualify for the child tax credit.”

Yet “the problem of the mismatch between the loss of the dependency exemption and the child tax credit doesn’t only apply to children,” says Fogg.

In fact, it applies to any person who would have been claimed as a dependent under prior law as a qualified relative.  Qualified relative dependents do not cause the taxpayer to receive the child tax credit.  So anyone who was taking care of elderly parents or other relatives or who had unrelated persons living with them for the entire year will no longer receive any tax benefit for this support to others.

Another population disqualified from receiving the child tax credit are children without a Social Security number, who are overwhelmingly undocumented immigrants.

While documented immigrants are able to file for a Social Security number for their children –after they provide ID and their work-authorized immigration status with the application – undocumented immigrants are unable to do so.  Barring those without a Social Security number from receiving the child the tax credit places many vulnerable noncitizen families at risk, with the issue again being exacerbated by the repeal of the dependency exemption.

Additionally, an indirect aspect of TCJA that affects lower-income populations is the elimination of incentives for investment in public housing.  The result of this is that those who need this assistance to cope with high prices in the housing market could face homelessness.

Finally, those who like to take the occasional trip to Foxwoods, as well as more serious gamblers, may struggle with alterations in the wagering laws introduced in TCJA.  To illustrate the differences between TCJA and the previous tax code, Fogg provides the example of a gambler who wins a few thousand dollars then loses that same amount shortly thereafter.

In the past, that individual could report both his winnings and his losses when filing taxes.  Now, with the repeal of miscellaneous itemized deductions in TCJA, the gambler can only report the few thousand dollars of winnings, while the equal amount that he or she lost is not taken into account in determining taxable income.

This may result in a significantly higher tax rate for frequent gamblers, many of whom are elderly or low-income.

With these changes in mind, the question becomes what Massachusetts will choose to do in response to TCJA’s passage.

Since the federal legislation affects the 2018 tax year instead of 2017, the state will have until next fall to come to a conclusion.

What sort of resolution would Fogg like to see?

Though admitting at this point that the details “are a work in progress,” he says he hopes Massachusetts lawmakers “will look at the broad issues stemming from this and create laws that will protect low-income taxpayers and ease some of the fallout from the federal tax rules.”