Attorneys and students in LSC’s Housing Justice for Survivors Project are working on multiple fronts to protect the rights of survivors of sexual assault and physically abusive relationships to ensure that they have safe, affordable housing. Sometimes that means helping tenants break a lease to relocate quickly. In other cases, it means fighting to help them hold 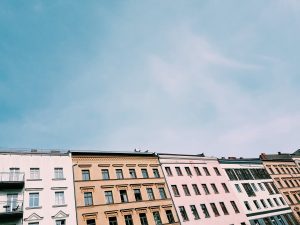 onto an apartment the survivor formerly shared with an abuser.

Their efforts are leading to favorable rulings in the courts and greater understanding of state laws that protect survivors from being re-victimized.

Most recently, their work filing an amicus brief in one case has helped lead to a major court ruling in the Supreme Judicial Court of Massachusetts. That ruling ensures that even if a survivor’s name is not on a lease, even if she/he is labelled an “unauthorized occupant” by the landlord, or even if she/he is accused of fraud for living in the apartment without being on the lease, she/he still may have a valid claim to the apartment and that claim should be heard at trial.

Getting out of a lease to leave an unsafe home

One of the most pressing question clients ask when they reach out for help in these impossible situations is “What will happen if I have to break my lease?” Many fear financial penalties from the landlord, or simply believe that they will not be able to leave until the end of the contract.

Fortunately, G.L. c. 186, § 24, “Termination of rental agreement or tenancy by victim of domestic violence, rape, sexual assault or stalking” (“Section 24”), was signed into law in Massachusetts in 2013, after decades of law-reform efforts by survivors and housing advocates. Its purpose is to help survivors leave their homes for safety reasons without incurring financial penalties.

The Housing Justice for Survivors Project has represented many tenants in these situations, allowing them to relocate quickly to safer homes and a fresh start. However, Section 24 is not well known or understood, and so survivors across the Commonwealth who do not have lawyers remain trapped in unsafe living situations and unable to break free from abuse for fear of financial liability.

To familiarize legal practitioners, landlords, and tenants with the provisions of Section 24 so that its benefits may be more broadly utilized, LSC attorney Julia Devanthéry recently published an article in the Boston Bar Journal on the topic.

Fighting evictions so that survivors can stay in their homes

Another common housing crisis that survivors face is the risk of loss of housing as a result of abuse. Sometimes survivors are evicted for reasons directly related to the violence (such as damage to the apartment or disturbance of neighbors). Sometimes the eviction is a downstream effect of abuse or standing up to abuse (for example, when a survivor finally separates from an abuser and suddenly doesn’t have enough income to pay the rent each month, or the survivor is not on a lease for the shared apartment and kicking out an abuser exposes the remaining family members to loss of housing).

Unsafe housing and housing instability re-victimizes survivors, causing homelessness and tremendous loss to survivors and their families.  LSC’s Housing Justice for Survivors Project is standing with survivors to help make sure that their rights are protected by representing them in evictions and negotiations with landlords.

The Housing Justice for Survivors Project submitted an amicus brief to the Supreme Judicial Court representing two leading domestic violence and sexual assault agencies, Jane Doe Inc. and Casa Myrna, in support of a tenant who was trying to protect her home after she got her abuser removed through a restraining order. Her abusive husband had repeatedly prevented her from taking the steps necessary to be added to the lease, and when he was removed from the home after she finally was able to get an abuse prevention order, the landlord moved to evict her and her children because her name was not on the lease.

In a major victory for survivors across the state and beyond, the Supreme Judicial Court in mid-September published its decision in favor of the survivor tenant in Beacon Residential v. R.P. The Court ruled that survivors of domestic violence should be allowed to intervene in eviction cases as of right (on behalf of themselves or their minor children) when they have claimed an interest in the apartment under the Violence Against Women Act (VAWA) or a corresponding state law.

The Court said that even if the survivor is not on the lease, is labelled an “unauthorized occupant” by the landlord, and/or is accused of fraud for living in the apartment without being on the lease, she still might have a valid claim to the apartment  and that claim should be heard at trial.

Devanthéry and three Housing Justice for Survivors students (Nino Monea, Tara Knoll and Michael Zhang) wrote the amicus brief , and worked closely with lawyers from Nutter McClennen & Fish who took the case pro bono through the Volunteer Lawyer’s Project’s Civil Appeals Clinic.  Other tenant rights experts in Boston and across the country also worked on the case, including the National Consumer Law Center, Greater Boston Legal Services, the Women’s Bar Association, and the National Housing Law Project in San Francisco.

Together the team presented a cohesive and passionate defense for survivors at risk of losing their homes and convinced the Court that the voices of survivors should be heard in eviction proceedings in order to prevent unjust loss of housing.

“It was truly a community push,” says Devanthéry, “and it couldn’t be a better outcome for survivors across the Commonwealth and beyond. ”

Join us Tuesday, April 13 for Advocating for Survivors